Books I read for the month of February: 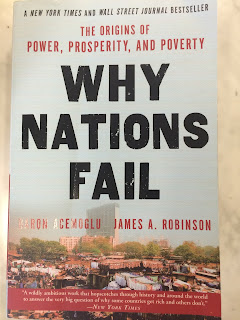 2. The End of Poverty 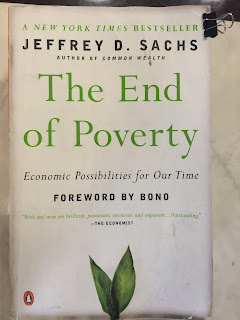 Posted by Unknown at 5:01 PM No comments:

Email ThisBlogThis!Share to TwitterShare to FacebookShare to Pinterest
Labels: Books Read for Feb 2016

I read the following books for the month of January, 2016. In these short book review, I share what i understood and the key points that I think would be the lesson learnt for us in our community and country. 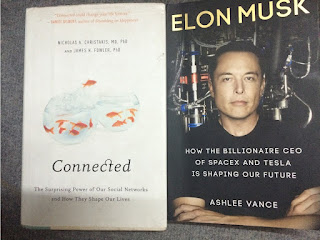 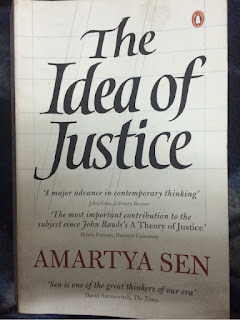 Email ThisBlogThis!Share to TwitterShare to FacebookShare to Pinterest
Labels: January 1/12

[My apology - I am posting after a long gap because i was in Nepal engaged in Earthquake relief. However that is not enough a good excuse not writing your post. Still, I will try my best to continue writing in my spare time]

Here I refer to “we” as Thakali youths. I would like to share some principle that we can follow to build our community as “think tank”, which is possible given the resource we have with us. I call the principle in short as 3 RWC, which goes as follows:


Now is the time of survival through your intellect and hard work at individual as well as group level. Failed in this struggle for survival, we are going to be a rare endangered species and whatever we speak of or cry with clichés or arm flexing would mean nothing, since it is always better to do your homework earlier, timely and complete. I am saying this because you like it or not, we are in the verse of becoming a “rhinocerous”. Everybody like to talk of saving it but inside, “who cares!!” attitude prevails among us. After all, we may think that “I am comfortably in my nest that is more than enough”. This is a dangerous attitude; we need to clear from our psyche at the earliest.

It is therefore high time that we get our house in order and this is not going to be easy, but a hard work, you have 24 hours of time as your best resource. We got to value “24 hrs” dearly and miserly, if we want to be like “ant”, which survives any adverse situation through team work. All these responsibilities have to beared by Thakali youths, like it or not !! Period. Having shared this picture, I see there are solutions if we put it into action. Among them, let me propose 3 RWCs principle that is based on sound base of academia. This must be like “mantra” for all of us, so question comes how we can inculcate this mantra among our youths? Sure there are ways to put this principle into action.  For that, Thakali Yuva Pariwar (TYP) can play a proactive role. Apart from whatever activities TYP is engaged with, Toastmaster International  (http://www.toastmasters.org/) can be an additional activity, which can benefit our community in raising new leadership from Thakali youths, so we can do following to put 3 RWCs principle in action:

Posted by Unknown at 8:09 AM No comments:

My point of view:
In ancient time, the sovereignty of any country usually used to emanate from Kings or God Kings and therefore "religion" and "state" were closely knit. The remnant of such historical linkages were tuned to Nepalese political system till our recent memory. However, time has changed now. We suggest some our near and dear friends to think twice or thrice before we preach for a religious state !!
In the preamble of our draft constitution, it states the sovereignty of our country emanates from the power of Nepalese people of all caste, creed, religion or ideology or gender.
We need to separate "religion" and "state" since they do not go along well together. What we need to do and work hard in order to glorify any religion of what you faithfully believe, we need to empower people with "just society" then harmony will prevail and there will be no intrusion from anything you consider foreign !! Nepal is a great country with ancient heritage from where "Sana-tan" , Jain, Buddha "dharma" and even other local "shamanistic" practices matured !! We need not forget our root. Only we fear when we do not have confidence in ourselves then we talk of something "abstract". Hope we do not talk of "abstract and hypothetical" gibberish while we forget pragmatic solution for the people and by the people.

Email ThisBlogThis!Share to TwitterShare to FacebookShare to Pinterest
Labels: Constitution

Some people seems to live their live to the fullest. This is what I have understood of Newar Baje.
Today, whom we all called him Newar Baje with deep respect - died at the age of 80 + years of age. His funeral preparation was simple and all eagerly waiting for his relatives and son. At this age, Newar baje was livin a healthy life with regular earning for his personal expenses. He was loved by everybody in his daiy affairs. We remember his hearty laugh and stories he had to share of his younger days, when he travelled extensively. I know - he had lots of stories to share with us. Anyway, I feel, he was like a walking books that tells lively stories of childhood, youth, travels, both happiness and suffering.

I share my final words for him with this "Karuna" words - May his Soul rest in peace and let all remmember him as a wonderful human being !!"
Posted by Unknown at 8:09 PM No comments:

Email ThisBlogThis!Share to TwitterShare to FacebookShare to Pinterest
Labels: Obituary

Our dream: From Third World to First World

I hope, some  of you may have heard this statement.  Well for me, I heard this statement loud and clear in one of the conference. This has influenced me deeply and literally, it has been injected in my mind. I find it meaningful for what we dream of my future.

We all have dream, am I right? But today, I think I should talk like any revolutionary expecting “revolution” in our country like those in France or USA or China. Therefore, I want to be clear upfront, I would like to start by sharing current situation of our country and also a bit angry at our leaders who have brought us – “national shame”.

Before going into revolution part, let me tell you a little aboul Nepal. Our country is a land-locked country having geographical and cultural proximity with India in the south, east and west, while Tibetan plateau in the North. This is the land of great diversity in terms of geography, plants and animals, people and culture. Nature has gifted us with treasure like Himalayan range in the North. Above all our key strengths, we have young population, which is approximately 30 million. You can also call Nepal as the land of Himalaya. But more than that, we are enriched with rich culture and civilization, which has roots back to ancient time of Buddha and other great ascetics that have guided South Asian civilization. I will not go further in that direction.

But I have one question - though, we are naturally gifted, “why do we continuously fall behind as one of low income countries. I need to understand this question well because we have to always face both “told and untold” gestures of who we are and it is so painful!! We also squarely admit that we lack “competent” leadership that believes in basic understanding of fairness and justice.

Our country used to be a Kingdom before 2000. Now monarchy is abolished and we are negotiating through “ups and down” of political instability due to poor judgment and policy decisions. Therefore we Nepalese people are struggling to secure political stability and aspire for better future despite our hardship and struggle for survival thereby eradicate poverty once and for all. In this fight, we have distant dream of that day when lasting peace and prosperity will prevail in our country. Therefore, we like to emulate the success of Singapore and Republic of Korea. The realization that “This is not impossible!!” has come to me even more reading two books written based on first hand experiences of socio political struggles and smart maneuvering of the uncertainties with people’s full and active participation. In both books – the key messages is “we can progress at an accelerated rate with good education, hard work, discipline and robust leadership.”

On final note, we will definitely move toward the path of prosperity once we settle these proverbial mountains of challenges that perennially plague our motherland. We will also be a bridge between two giants – India and China which are evolving as superpower and ultimately the center of this new global political order. But how, I would like to paraphrase Lee Kuan Yew – “The future is as full of promise as it is fraught with uncertainty. The industrial society is giving way to one based on knowledge. The new divide in the world will be between those with the knowledge and those without. We must learn and be part of the knowledge based world. However, we stand a better chance of not falling if we abide by the basic principles that have helped progress: social cohesion through sharing the benefits of progress, equal opportunities for all and meritocracy, with the best men and women for the job, especially as leaders in government.”

Email ThisBlogThis!Share to TwitterShare to FacebookShare to Pinterest
Labels: Scribble 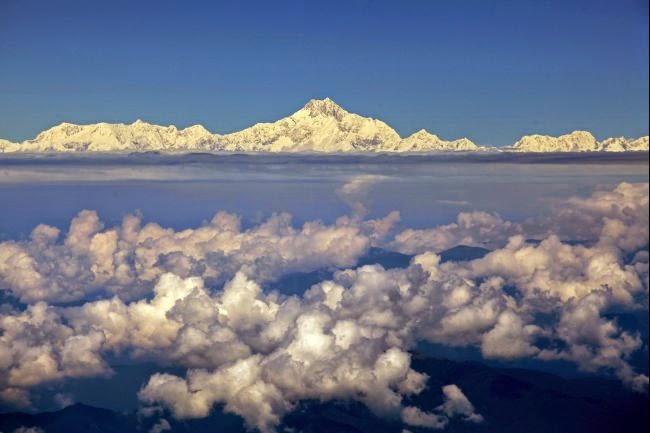 This is a weblog dedicated to Thakali youths living in Nepal or abroad. This is an initiative that is purely at individual level. All the posts are not representative of any organization or community. The opinions expressed here represent are all personal views and not those of any organization. Comments on posts represent the opinions of visitors. However, if you have any question or comments as to the content or pictures, please to thasangsamajiksanjal@gmail.com 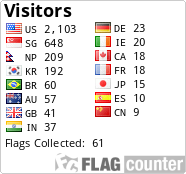